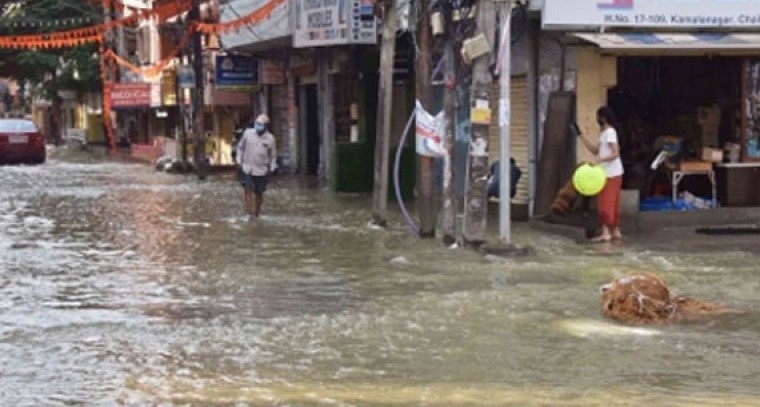 Hyderabad, July (IANS) A high-powered committee of the Union Home Ministry will visit Telangana to assess the damage caused by the recent heavy rains and floods in the state.

He, along with party's General Secretary incharge of party affairs in Telangana, Tarun Chug, called on Amit Shah and urged him to send a central team to the state.

Bandi Sanjay briefed the Home Minister on the devastation caused by the heavy rains and floods in Godavari river.

Sanjay, who is also a Member of Parliament, said Amit Shah directed officials concerned to send a team to Telangana to assess the damages caused by the floods and submit a report.

He thanked Shah for patiently hearing them on the damage caused to fields, houses, people and projects and expressing deep concern about the destruction caused by the natural calamity.

Sanjay tweeted that it is one of the many flyovers sanctioned by the Central government under the leadership of Prime Minister Narendra Modi. He stated that some TRS leaders are blind to reality and can't see flyovers.