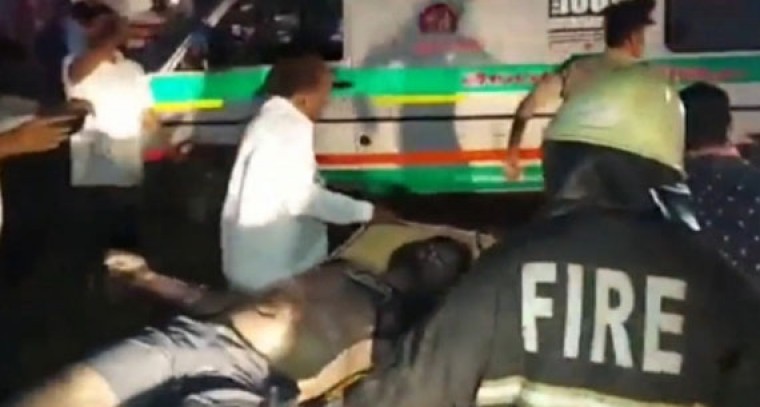 Hyderabad, Sep 13 (IANS) The death toll in a fire that broke out in an e-bike showroom and spread to a hotel on the upper floors in Secunderabad has increased mounted to eight as a person succumbed to injuries in a hospital.

The victims included a woman and seven injured were admitted to the government-run Gandhi Hospital and a private hospital.

According to police, the incident occurred at around 9.30 p.m. on Monday in the building located near the Regional Passport Office.

The fire started from the e-bike showroom in the cellar and heavy smoke engulfed the upper floors housing Ruby Luxury Hotel.

Fire fighting personnel pulled out nine persons from the hotel. Some of those staying in the hotel jumped out from windows to save their lives.

Two fire tenders rushed to the scene and doused the flames. Most of the deaths are believed to have been caused by asphyxiation

It is estimated that 22-25 people were staying in the hotel.

"Since there was no proper ventilation, the smoke filled the lobbies of the hotel upstairs and those staying in rooms with doors closed apparently did not know anything till the smoke engulfed the entire building," Assistant Commissioner of Police B. Ramesh said.

Three of the dead bodies were identified, while efforts were on to identify the remaining.

Police said the cause of the fire was still not known. It is suspected that a battery may have exploded while on charging, leading to the fire.

Police have booked the owner of the showroom for not following fire safety rules.

Telangana Home Minister Mohammed Mahmood Ali visited the spot past midnight. He said a probe has been ordered.