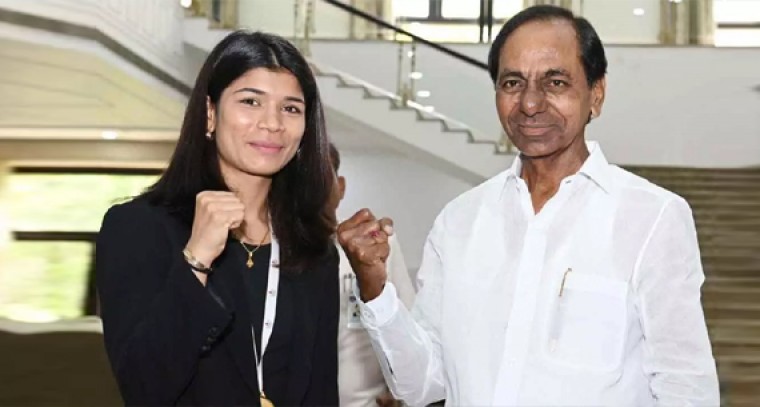 He expressed happiness over the two women sportspersons from the state receiving the top spoting honours.

The Union Ministry of Youth Affairs & Sports has announced Arjuna awards 2022 for 25 sportspersons for their outstanding performance in their respective sports and games.

The awardees will receive their awards from the President at a specially organised function at Rashtrapati Bhavan on November 30.

The Chief Minister said that Nikhat Zareen, who made the country popular worldwideA by registering consecutive victories in women's boxing, deserved the Arjuna Award. He stated that the entire nation is proud of the talent of 'Telangana Bidda' (daughter of the soil).

He also expressed another Telangana Bidda Akula Sreeja being selected for the Arjuna award. Extending greetings to Sreeja, he hoped that Sreeja will reach new heights in the field of sports with her talent.