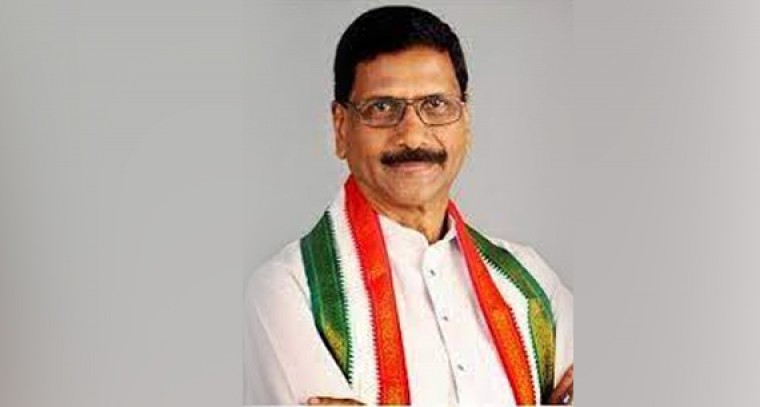 The senior leader announced his resignation from primary membership of the party while slamming the state leadership.

He is likely to join the Bharatiya Janata Party (BJP).

Shashidhar Reddy, son of late Chief Minister Marri Chenna Reddy, told reporters that he was quitting the party with a heavy heart and has written a letter to party leader Sonia Gandhi, explaining the reasons for his decision.

Also a former vice chairman of the National Disaster Management Authority (NDMA), he alleged that the Congress has 'match-fixing' with the state's ruling Telangana Rashtra Samithi (TRS).

He said the Congress was on a decline in Telangana and people no longer have confidence that a leader elected on a party ticket will remain.

He alleged that the Congress has failed to play the role of opposition party.

"The Congress party should have taken up issues on behalf of people but it is acting contrary to this," he said.

The former Minister said the Congress had been losing elections since the time when Uttam Kumar Reddy was the president of the party's state unit.

He also alleged that those who have money power are calling the shots in the party.

The Congress expelled Shashidhar Reddy on November 18 for his anti-party activities.

The action came after Shashidhar Reddy met the Union Home Minister in Delhi during which he was accompanied by BJP state president Bandi Sanjay and party vice-president D.K. Aruna.

Shashidhar Reddy's resignation has come as a fresh blow to the Congress in Telangana.

In July, MLA Komatireddy Rajgopal Reddy had quit the party and joined the BJP. He contested the recent by-election from Munugode constituency as BJP candidate but lost to the TRS candidate Prabhakar Reddy.

Venkat Reddy, an MP, was also served show cause notice by the party after an audio went viral in which he is heard directing the Congress leaders in Munugode to work for his brother.