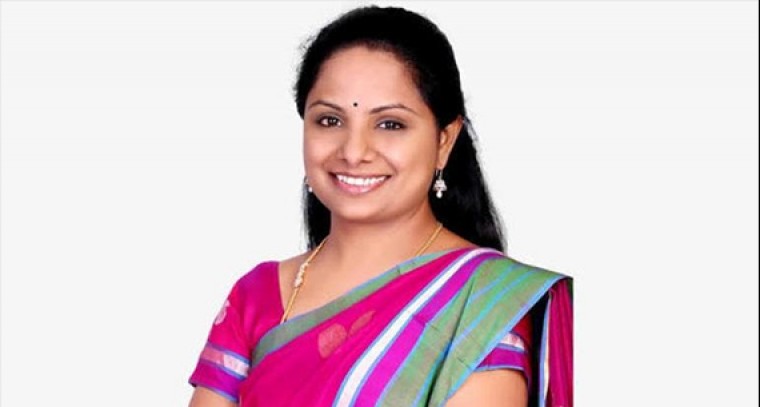 Hyderabad, Nov (IANS) Slamming the Centre for "using" various agencies to "target" the Telangana ministers and other leaders, TRS leader K. Kavitha made it clear on Wednesday that people of Telangana can't be intimidated.

Kavitha, daughter of Chief Minister K. Chandrasekhar Rao, alleged that after failing in its attempt at horse-trading, the BJP used central agencies to target leaders of opposition parties.

The member of Telangana Legislative Council was apparently referring to the ongoing Income Tax (IT) raids on Labour and Employment Minister Malla Reddy and the recent searches by the Enforcement Directorate (ED) at granite companies owned by family members of civil supplies minister Gangula Kamalakar.

Kavitha said that the only policy that BJP pursues is "Ram-Ram Japna, Paraya Leader Apna", where if the party "fails in its horse trading attempts", it uses central agencies to "harass" leaders of opposition parties.

Kavitha questioned if the BJP did no wrong, why were its leaders evading Special Investigation Team (SIT) probe into MLAs' poaching case and approaching courts.

Kavitha said that the BJP does not have any organisational strength in Telangana and hence they are "misusing" their power and money to "threaten" leaders of other parties to join them.

"We are the people of Telangana, we cannot be threatened - we will fight, win and always be there in service of our people," she said.

As the state inches closer to assembly elections, Kavitha said that more and more leaders who have a mass appeal are being "harassed" by the BJP, especially the popular faces, ministers and Members of Parliament of the TRS Party.

She further accused the BJP of reducing the number of beneficiaries of PM Kisan Nidhi from 13 crore to mere 3 crore. She claimed that this scheme itself was copied from KCR led TRS Government's Raithu Bandhu scheme. She alleged that the BJP is more concerned about stunts and PR than the well-being of masses.